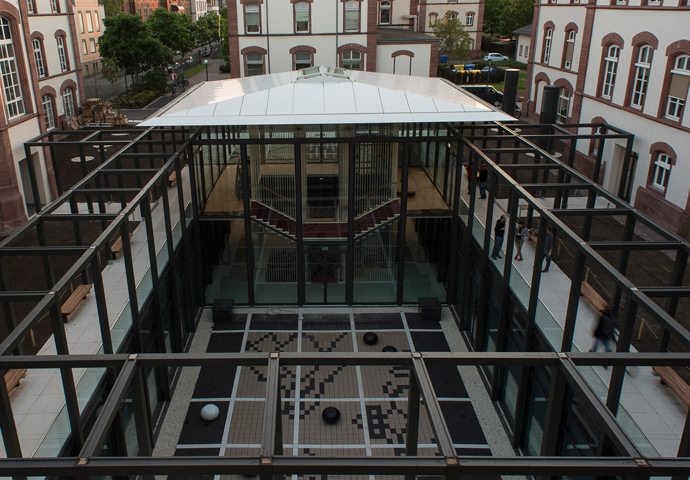 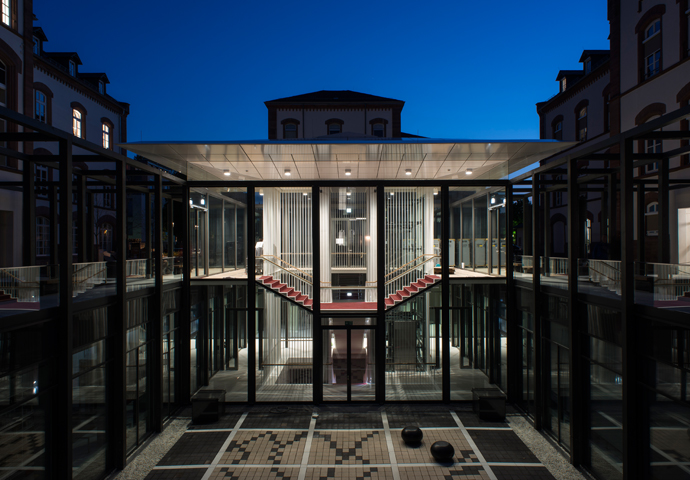 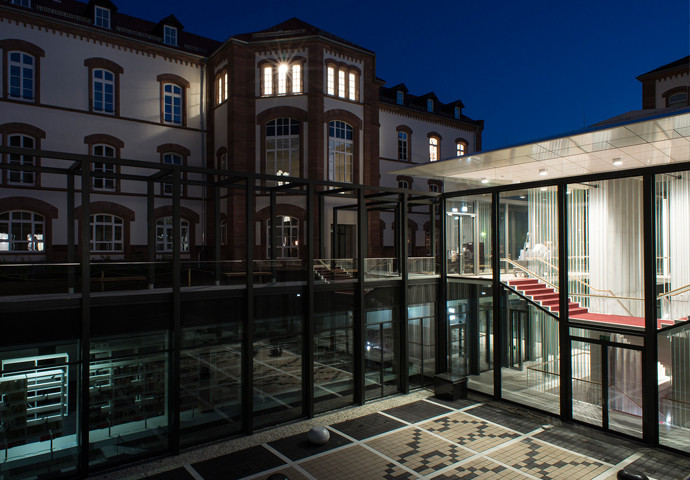 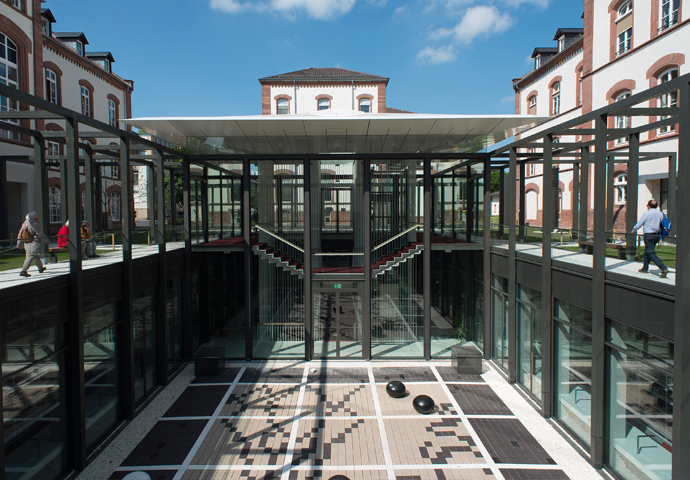 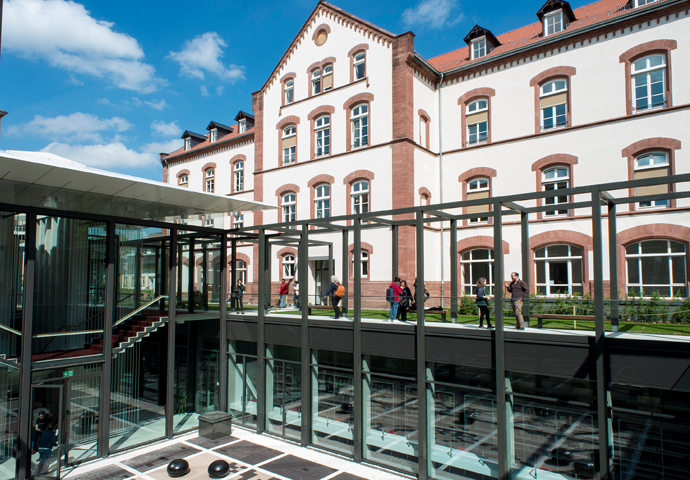 For the artistic design, the squared pattern of the building offers the formal tie to the structure of woven fabric. Weaving is one of the primal cultural techniques: blankets, carpets, clothing, housing – ranging from the naked cloth up to the complex ornamental fabric. Here material nature unites with the visual design language of a culture.

In the nomad's life, the carpet forms the foundation of a mobile place. In their architecture, sedentary cultures tighten and localize their concepts of time and space. The texture of a material surface finds it's equivalent in the grammar of a language and in the different forms of text. The spectrum of associations spans from orality to the fixation in scripture, from myth to the narrative structures of daily life. The references [The metaphor of the arch can't be translated into English language. Since the author seems to talk about architectural references, I used this word instead.] are ranging from stone inscriptions to the printed book, from the collective memory and the ritual transfer spanning generations to library preserving the heritage of historical knowledge.

The courtyard of the CATS 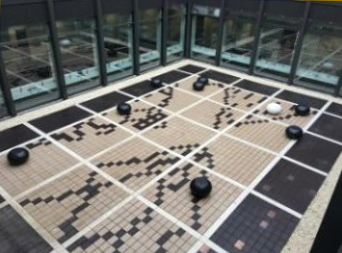 A fabric structure of horizontally and vertically placed clinker bricks is integrated into the forecourt and the courtyard of the CATS. It separates the surfaces into light and dark-colored panels. In the forecourt a dark-colored central corridor, flanked by 12 light-colored panels, leads to the library. The lower courtyard is formed by 15 light-colored panels, which feature inlays of abstract shapes of temple architecture, marked by the change from light to dark-colored clinker stones. Each of these quadratic panels consists of 108 stones, pointing to to the distinct symbolism of the number 108 in Hinduism and Buddhism. The courtyard is framed by a margin of dark-colored panels with 64 gilt bronze clinker stones distributed in them. The number 64 points to the square of the eight basic elements of the I GING. The I GING, with it's variety of combinations and interpretations, has served as an oracle for centuries. However, it was also used to order and to classify the human concepts of the universe as well as questions regarding the fate of individuals.

The trigrams of I GING

At ground level, the eight trigrams of the I GING, the cardinal points and their natural equivalents are assigned to the surrounding walkway: north/earth, northeast/mountain, east/water, southeast/wind, south/heaven, southwest/sea, west/fire, northwest/thunder. The effigy of the universe has been reduced to the abstraction of three lines of short and long signs. The duality of black and white resembles both yin and yang as well as the binary nature of our global digital technologies.

In reference to the elliptic gaming pieces of the GO-game there are nine movable seats. Eight black and one white stone are inviting to linger.