The relocation of the institutes of the CATS to the time-honored buildings of the former dermatology clinic in Bergheim in April 2019 splendidly coincides with the 1250th anniversary of Bergheim; Bergheim was first mentioned in the Lorsch codex in 769. A certain Ratbert had donated a vineyard in Bergheim to the monastery of Lorsch for his salvation. It is justified to ask, why Bergheim is called Bergheim, since the quarter is located exactly next to where the river Neckar enters the Upper Rhine Plain on flat terrain. The reason is that the borders of Bergheim originally also included the mountains of the Southern Odenwald, among others the Gaisberg, where, at its foot, around St. Peter's Church, the first settlement of the old town of Heidelberg emerged many years later. To this effect, the town would have had to be called Bergheim instead of Heidelberg. The name of Heidelberg was not mentioned until 1196, thus 430 years later.

Bergheim from its beginnings to the mid-19th century 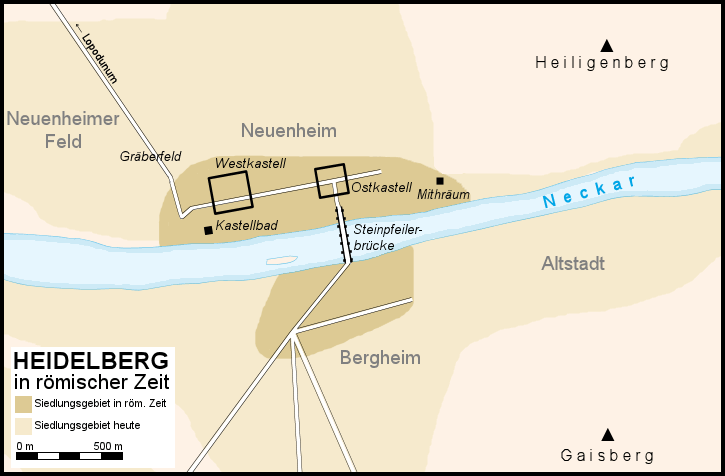 The first bridge over the river Neckar was situated in the direction of Thibautstraße and led to Ladenburg via the Roman fort at the opposite bank in Neuenheim and the Bergstraße. The Roman settlement stretched from Neuenheim up to the southern bridgehead, where numerous potteries were located. In that sense, it is one of the oldest commercial parks of Heidelberg. In 769, Bergheim was first mentioned as a Frankish settlement. During the middle ages, the center of Bergheim constituted of Vangerowstraße between the old mill of Bergheim (today the rowing club) and Kirchstraße, where a medieval church was located. The reason why the people lived in Bergheim and not in the Old Town was that the soil for cultivation was better in Bergheim and that there was much more space for a settlement with agriculture. Nobody wanted to live in today's Old Town, pent-up between the river and the hills. In the 12th century, this settlement arrangement slowly started to shift. A castle was built on the Molkenkur; in the 13th century the house of Wittelsbach then built the castle on the Jettenbühl: today's castle. During the Middle Ages the lords lived fortified on the hilltop and were tended to by the people living in the sourrunding areas. The fortified town of Heidelberg was systematically edified with market, town hall and church in the center at the foot of the palatine residence, Grabengasse formed the border of the town in the West.

Not later then 1386, with the founding of the university, more space was needed and in 1392, palatine elector Rupert II., called “der Harte” (“the tough”), decided to extend the town to today's Bismarchplatz, which means until the beginning of the Hauptstraße. That decision was the end of the village of Bergheim, since Rupert II ordered its residents to abandon their houses and to settle in this new suburbia, thus between Grabengasse and Bismarckplatz. So to speak, New Bergheim emerged in the western part of the old town. 16th century depictions show, how rural the new suburb still was compared to the old town center. The “original” Bergheim became a deserted village, called Alt-Bergen and it remained like that for the next 500 years. Only the mill of Bergheim was allowed to remain and in 1874 became the turbine house of the Heidelberg cement plant.

Around 1700, after the destruction of Heidelberg by the army of the French Sun King, there was a plan to build a palace in the place of the CATS buildings, which, including the garden, would have stretched up to today's S-Bahn station Südstadt/Weststadt. It would have been Europe's largest baroque palace complex. However, the citizens of Heidelberg blocked the plan. This, amongst other reasons, led to the palatine elector moving his residency to Mannheim, where he had built the second largest baroque castle complex to be built in Europe.

The revitalization of Bergheim

During the second half of 19th century, Bergheim was revived. The town of Heidelberg was bursting at the seams and needed space again. The winter harbor at of the gates of Heidelberg was filled up in 1850 and revegetated with a garden. This juncture between the Old Town and Bergheim, known as Hafenplatz, was renamed Bismarckplatz in 1875. From 1850, the flattened area of Bismarckplatz offered the possibility to spread to the West. In 1861 Bergheim, whose name had not been forgotten, was included in a master plan as a development area for the expansion of the urban area. The first (still preserved) municipal buildings that woke up the Sleeping Beauty of Bergheim after 500 years, were the buildings of today's CATS. 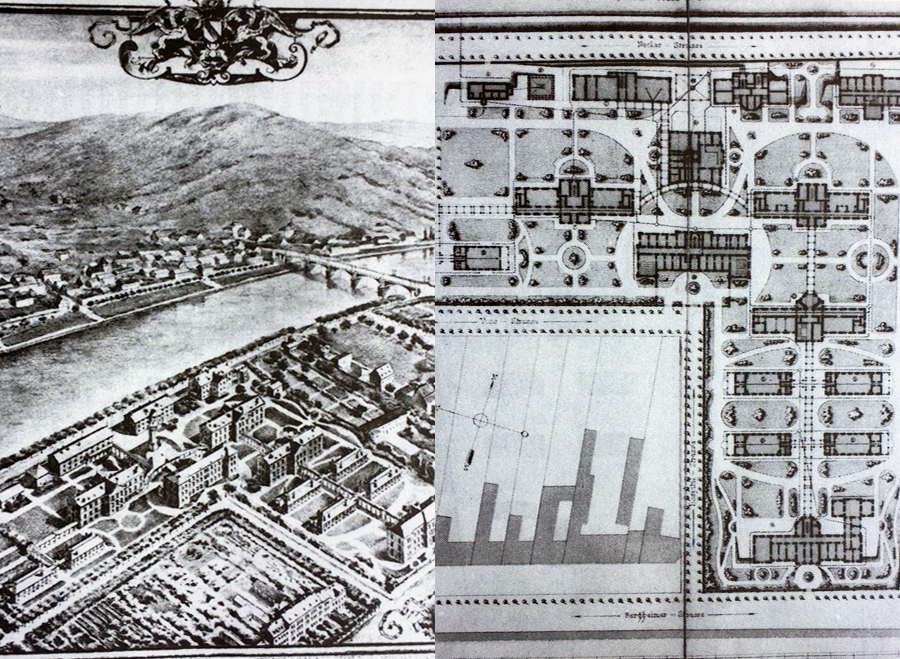 The present buildings of the CATS are those of Neues Akademisches Krankenhaus (New Academic Hospital) which were built from 1869 to 1876. They form the origin of Altklinikum Bergheim (Old Clinic of Bergheim). The most recent extension of the buildings was the Rudolf-Krehl-Klinik built in 1922, which today harbors the AWI. The New Academic Hospital, which opened on October 1st 1876, was considered as Europe's most modern hospital complex. One reason why it was possible to build so amply was certainly the victorious war against France in 1870/71. French reparations financed many constructions of the Wilhelminian time. The first building of the hospital complex was today's Karl-Japers-Center, which accommodates the HCTS. It was built in 1875 to be the administrative building of the hospital. One year later, in 1876, the Medical Pavilion 1and the Surgical Pavilion 1 started operations. They form the two twin pavilions of SAI and ZO. The SAI is located in in the former Medical Pavilion I, which was renamed Surgical Pavilion III in 1899. Today's ZO was named Surgical Pavilion 1 since the beginning. The building of the Institute of Anthropology and the library administration was built in 1886, called Surgical Pavilion II or Surgical Quarantine Office. From an architectural point of view, all four CATS buildings are beautiful stucco buildings with sandstone cornice, which form an elaborate reference to the defining features of that time. The surgical pavilions were connected by canopied arcades, which the new construction between SAI and ZO is taking reference to. Due to the pavilion style of the Old Clinic of Bergheim, distributing the clinic in several buildings, the building complex appears to be pleasantly loose with much verdure and space between the houses. The reason for this design is indeed purely practical: This way, single buildings could be placed under quarantine more easily.

The pavilions were built in a corridor structure with the staircase in the center, the treatment rooms in the on the corridors and the sanitary facilities at the corridor’s ends. This is why the largest rooms are situated at the ends of the corridors, as treatment rooms and lavatory could be combined in one room. 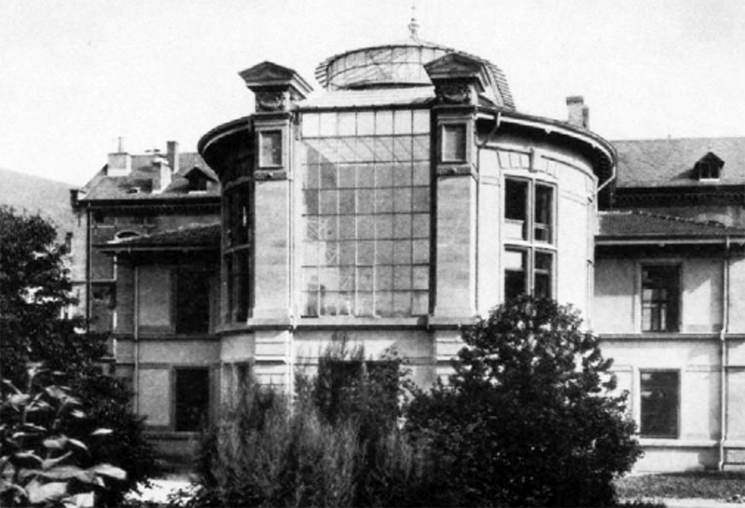 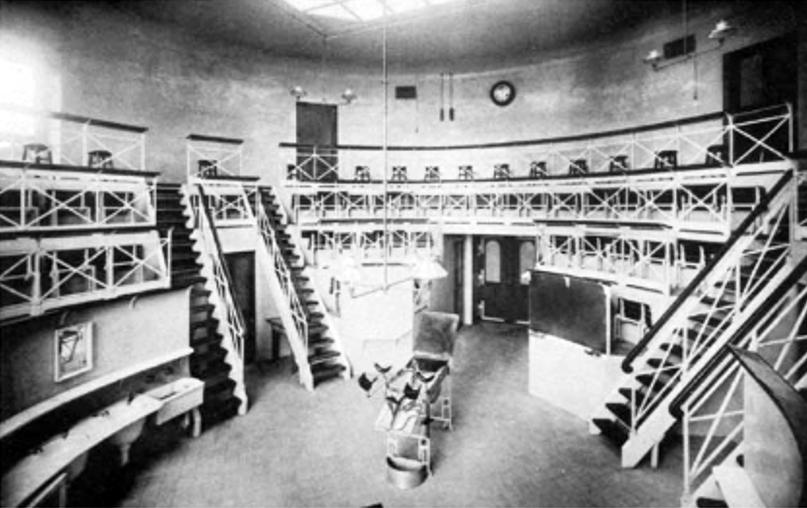 In 1891 the SAI building (no. 13), the former Medical Pavilion I, got an extension, which is distinguishable by its cladding with the yellow tone of the sandstone cornice. It is the lecture building of the CATS, formerly named Surgical Lecture Hall. In this tradition, it could still be called the auditorium building. The centerpiece of this newer construction with its own house number 1 is the two-story, light-flooded round hall, which served as operation room and auditorium. Another eye-catcher on the CATS campus is the water tower, which was part of the kitchen building of the Academic Hospital.

After the war, the hospitals gradually moved to the Neuenheimer Feld due to lack of space and because of the intention to have all hospitals close to each other. After 1945, the dermatology clinic moved into today’s CATS buildings and stayed there until its relocation to Neuenheimer Feld in 2012. 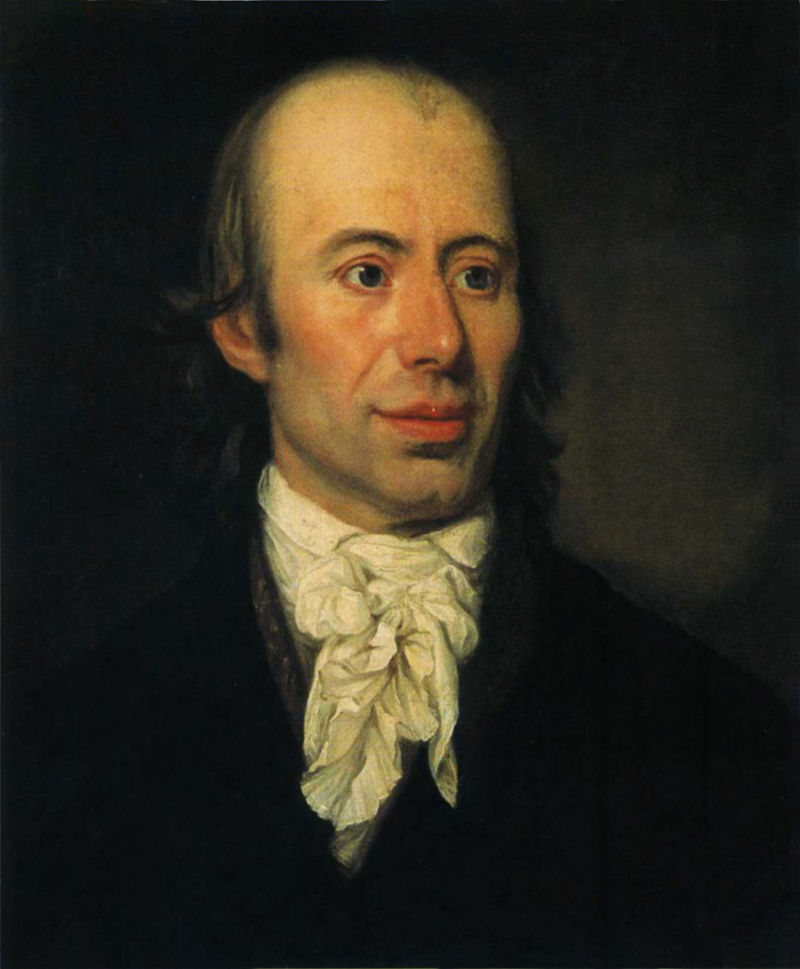 Finally, some remarks about the name "Voßstraße". The eponym was not, as one might expect, a physician, but a classical philologist who accepted the call to Heidelberg in 1805, when during the grand duchy of Baden, Heidelberg University was reestablished by grand duke Charles-Frederick. This was in no way a matter of course, since Heidelberg University, around 1800, still was in tatters with hardly any students and encumbered in debts, similar to the whole Electoral Palatine east of the Rhine. Jonathan Heinrich Voß was a star of his discipline, who, amongst other accomplishments, had translated the Iliad and Odyssey to German. To rebuild the university, the state of Baden invested and generously offered him an honorarium, hence more salary, as well as the liberation from any mandatory teaching. The same appointment proceedings were applied to Anton Friedrich Justus Thibaut, whom Thibautstraße in Bergheim is named after. He was the most renowned legal scholar of his time and also came to Heidelberg around 1805. These masterminds attracted other masterminds, and thereby the reputation of Heidelberg as a university city gradually improved.

The fact that, in 1875, the newly built streets in the area around the academic hospital were named not after physicians, but after classical philologist, underlines the commitment of the Ruprecht-Karls-Universität to be a university that is not confined to just one discipline but honors many different areas of research. The relocation of the dermatology clinic to the Neuenheimer Feld and the relocation of the SAI from Neuenheimer Feld to the old clinic of Bergheim paradigmatically completes the circular nature of this commitment.